Al Scorch has got some firebreathing fingers, and he’s not afraid to use them. There is something captivating, earnest and honest about the way he shreds his banjo, eyes squeezed tight, drenched in sweat, hollerin’ with smoke rising from his banjo’s backside. He plays every show like it is his last, and that fierce energy creates an undeniable spirit that his audience can feel as well as hear.

For many of our readers, Al Scorch needs no introduction. He’s a mainstay of the Chicago music scene, playing shows all over town with his 11-piece backing band Country Soul Ensemble, and he recently returned from a solo tour in Europe in support of his upcoming debut LP, “Tired Ghostly Town,” out in stores and online March 21st on Plan-It-X South Records. He also recently had one of his live recordings, “Dit Vois,” featured on the DIY CHI Collective compilation.

I first heard about Al Scorch through mutual friends who referred to him as “Banjo Al”. After seeing him play live, I got in touch with the humble banjo man to ask a few questions about his background and how he came to form his ensemble. You can listen and learn more about Al Scorch via his website and facebook page. He’s also playing this Friday, March 2nd at Pancho’s Township in Chicago with The Gunshy and Water Liars.

How did you first start playing music? What attracted you to the banjo? Do you remember what your first song was about?

My dad is a classical pianist, and showed me notes and chords when I was really young. He doesn’t really drink or socialize and he unwinds by playing piano for like four hours after work everyday - he still does that. So I heard a lot of his playing, and he eventually started showing me the basics of music, first on piano and then guitar. When I was about 11 my older brother started writing songs and playing guitar and bass in bands so that stoked the fire of sibling rivalry. He’s a poet-lawyer now.

My mom played banjo so there was one around the house. I was drawn to it because there is no other instrument like it. Not in school or anywhere. I also grew up listening to Pete Seeger, Dolly Parton, and a lot of Irish music so I didn’t really have a choice.

My first finished structured song was called “Rip Van Winkle’s Van”, about not wanting to get out of bed to go to work and instead riding shotgun with Rip Van Winkle in his van stopping at pancake houses and stuff. Pretty silly but written well. That was on the first cassette tape I ever recorded back in 2004. Maybe that stuff will see the light of day some time.

What is “country soul” music?

That’s something that came from talking to folks about my music and putting two and two together. I play in a country vernacular most of the time and get really sweaty. We like to get people riled up and feeling emotions both dark and elated and I guess that’s where that gospel-like soul feeling comes in. Also, country and soul both share the quality of being about everyday people living through the hardships and joys of everyday life. Write what you know, right? 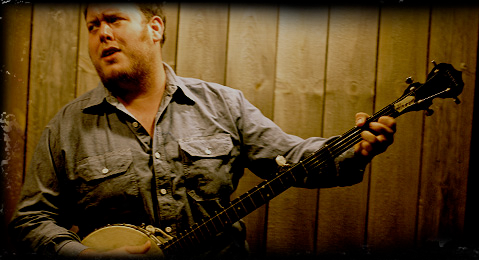 Who are the members of your ensemble and how did you meet them?

Cris Castellan in the most consistent member. He plays drums, washboard, and percussion. At a house show here in Chicago about 4 years ago, Cris was drumming with a different band and I was playing a solo set. He was feeling the music so much that he jumped behind the drums and started playing. Usually that doesn’t work out, but that time it did and we’ve been playing every since. He’s like my brother.

I’ve got a rotating crew of three bass players. Drew Sal and Oz Ascevedo here in Chicago were friends before we started playing music together. Paul Defiglia, my east coast guy out in New York, started playing with me and then we became friends, if that makes sense. Drew is from a punk backround, Oz came up playing free-jazz and metal, and Paul played in Langehorne Slim for years so everybody brings their own flavor to the rhythm section.

Nicky Baltrushes, a Chicago fiddler, just emailed me and offered to play. We hit it off really well and she can really shred the bow. Like Nicky, other folks I simply know from around town like accordionist Rob Cruz who teaches up at the Old Town School and trumpet player Sam Johnson of the Mucca tribe.

I meet a lot of folks on the road from playing shows with their bands. Will Staler down in Bloomington, IN. is a great mandolin player and harmony singer that plays with me often. He plays in Landlord and Defiance, Ohio, two Bloomington punk bands.

Sean Geil is from an old-time band out of Cincinnati called the Tillers. He’s a fantastic guitar player and harmony singer as well.

Laura Carter is a multi-instrumentalist extraordinaire from Athens, GA. She puts out some of my music on her Orange Twin label, plays in Elf Power and Nana Grizol and played with Neutral Milk Hotel when they were still around. She plays clarinet and trumpet with us. She’s also kind of a mentor of mine.

Most everybody rotates in and out for recording and live playing making for some surprises for the audience but also myself. Sometimes I don’t know what the lineup will be until the day of the show.

Do you see yourself as extending a tradition or inventing a new one?

I would venture to say that I’m concious of various traditions and work within a few of them to express myself in a way relevant to the present state of the world. Obviously the banjo dictates a lot of those traditions, but songwriting can really put you anywhere. I don’t really buy into that dress like a 1920s steam boat captain street urchin hepcat museum tour guide bullshit.

Do you have a favorite chord or time signature?

I could say I like all of them equally, or be high brow and say that “music is based on the relationship of intervals to each other and with out this one there couldn’t be that one…” and prattle on. Or I could just say that a blazing fast Romanian folk tune makes the hair on my neck stand up.

Have you ever considered using a loop station, computer, or electronics in your live performances?

I have. I got some ideas if anyone wants to teach me good looping technique.

How do you feel about the Chicago music scene?

I think it’s lively and thriving. Tons of talented, creative bands live here and that draws other genuinely good groups and musicians from around the world. Some of the clubs here are the most charming rooms you can find in the country with great sound. The citizens appreciate live music and there’s a handful of great DIY and art spaces that have kept it going for years under the radar (you know who you are and you’ve been doing an awesome job!)

What are you working on these days, music and otherwise?

Country Soul Ensemble and myself tracked an album from January to March of 2011 that’s to be out soon. This Bike is A Pipebomb is releasing that on their label, Plan-It-X South. The record will be available in Chicago May 21, 2012 and at shows. I’ll be taking it to Ireland and the Netherlands after that and return to tour the US more extensively in spring 2012. We’ve also got plans for a second record after that to keep it all rolling. Otherwise I work as a bicycle mechanic or events organizer or do construction to fill in the gaps. I try to keep it loose so I can leave when I have to.

Are there any Chicago musicians you’d like to shout out?

Lawrence Peters has helped us out quite a bit as well as Mark Messing. And of course all of the talented, wonderful people who choose to play with me year after year. 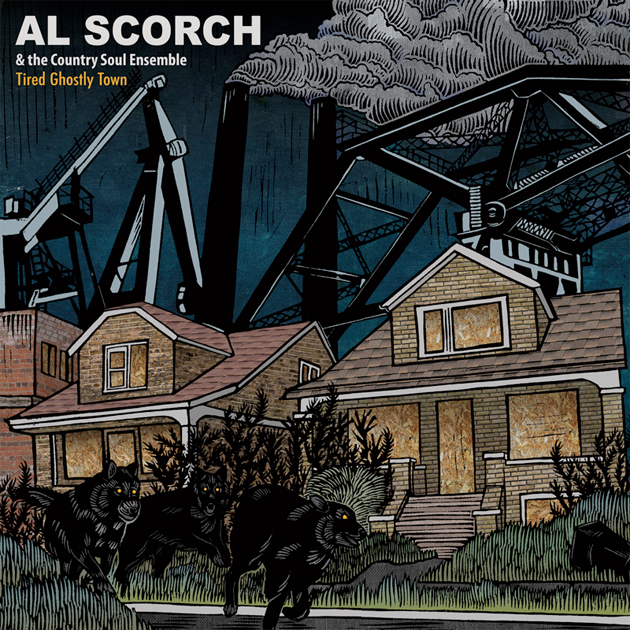